I love using board games as reinforcements during activities. My kids look forward to what game we may use.  Some days I feel like the Candy Land Queen. But, you can only play so many rounds before you start to get bored.  After reading a post from Speech Room News, about how she had used an Angry Birds game to target executive functions, I realized that even though I had some great new activities for my kids from TpT, I was in a bit of a game rut. I looked at my collection of games and thought about different ways they could be used.  One of the games I found was a burger stacking game I had gotten at Target a few years ago. It came with a spinner that you used to choose which piece of the burger you got to add.  Well, that spinner grew legs and walked a long time ago, so the game had been sitting there.  So, I decided I would bring it out of retirement and use the game to target following directions and describing. 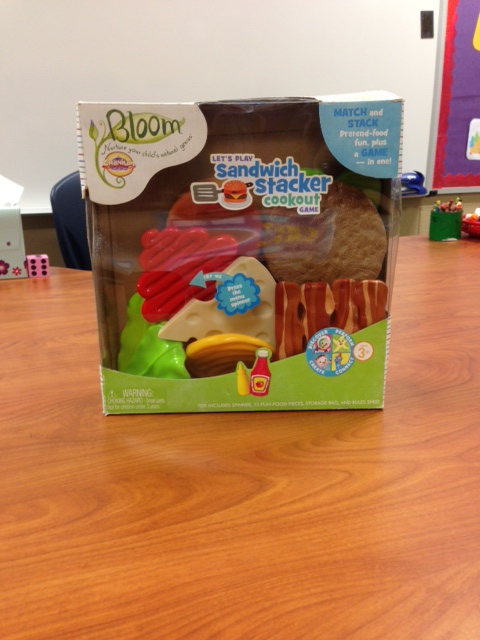 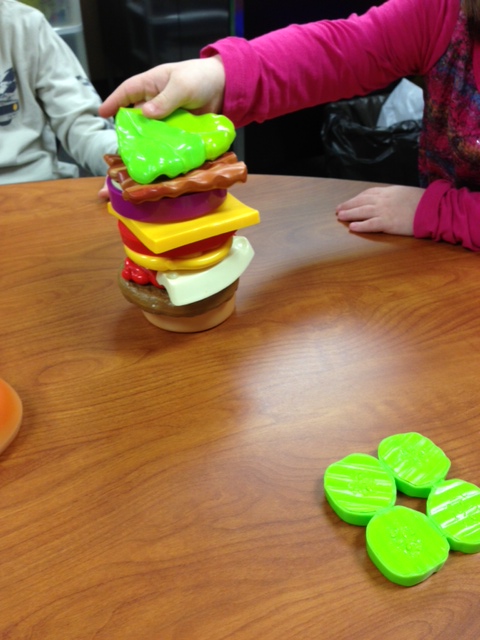 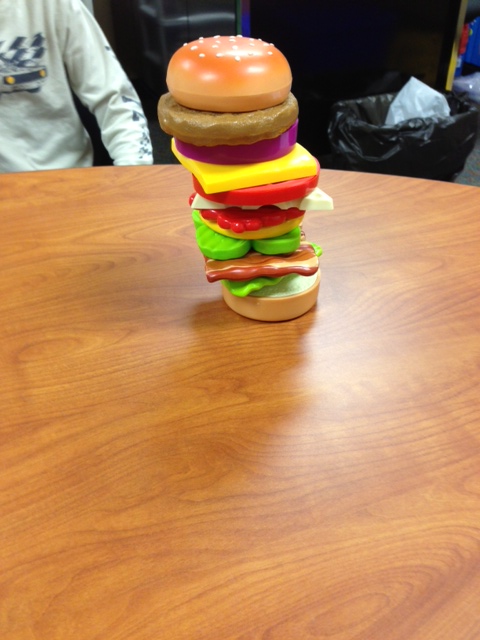 I had all the pieces on the table. For the first round, I gave students a direction to follow to build the burger

Examples:  ” First put on the onion, then put on the bacon. “, ” Before you add the pickles, put on the mustard.”, ” Put the lettuce between the tomato and cheese.”  The burger pieces were not flat so the burger could fall over which added quite a bit of excitement. For the second round, I let the students request pieces by describing them. This was great practice.  They needed to ask for the ‘yellow, square piece of cheese’ or the ‘purple and white onion’.  We all had a great time with it.  Thankfully, this group was right before lunch because I was hungry by the time we ended.

An activity we played today was a huge success with my kids, so I wanted to share that too.  Speech Basketball! I used my basketball set from Walmart ( I think it was $5 ) and baskets from the dollar.  The hoop went on the back of my door and the baskets went on the floor in a semi-circle.  In each basket I put some cards that addressed the target for that particular group. The kids moved from basket to basket           ( think around the world in basketball ) and chose a card. They answered the question, gave a word, stated a meaning, whatever the target was.  If they were correct they got to take a shot, if not, they passed the ball to the next student. My kids were so excited when it was their turn and it got them up and moving. Here some pics of how I set things up. 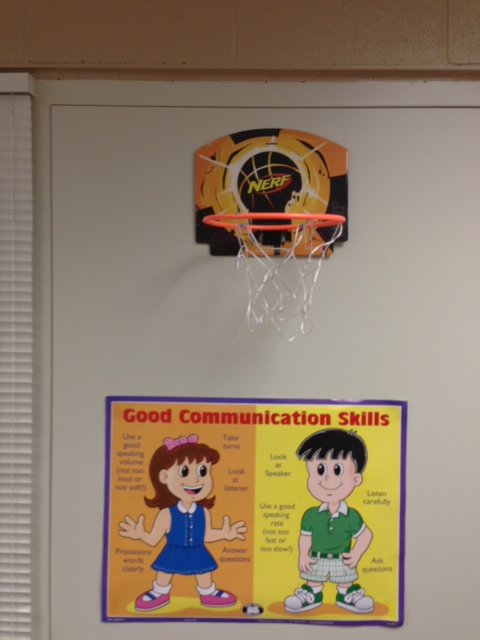 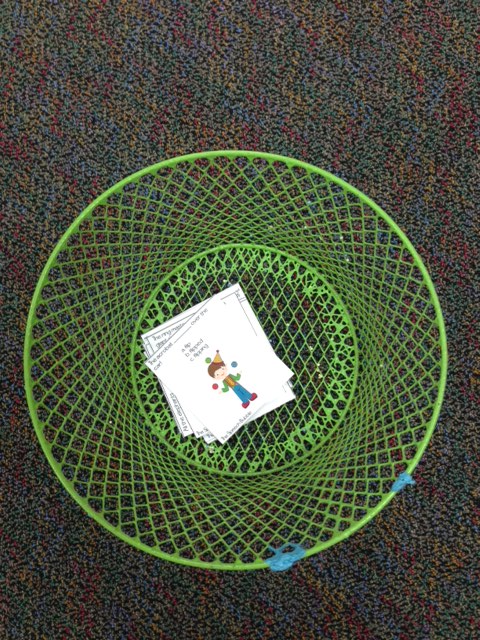 If you’re looking for some great Christmas books

First day of December means pulling out my No Prep

There is a ton of resources out there for students

Just like a superhero, every story needs a good si

My Concept of the Week BUNDLE has both hands-on pi

Understanding and demonstrating categorization is

Get at least three different books relating to you

Grammar can be tough for littles so keeping things

What a great way to teach action verbs that I found in an article by Busy Bee Speech ! Go take a look!bit.ly/3InbMiu ... See MoreSee Less

Looking for research-based techniques on how to teach action verbs in your preschool speech therapy sessions? Check out these tips.
View on Facebook
· Share

First day of December means pulling out my No Prep December resource ❄️-You can use Kami on your iPad or in person with crayons, markers, or my personal favorite Kwik Stix.-www.teacherspayteachers.com/Product/No-Prep-December-and-Christmas-2225072-#thespeechbubbleslp #schoolslp #speechtherapy ... See MoreSee Less

Literature is an amazing tool in speech therapy.We are working to build new language synapses but if they don’t see how they will actually be used that growth is going to take that much longer. bit.ly/3ldcWDy ... See MoreSee Less

EBP, for years the ‘E’ stood for evidence. Today I ask, why can’t the ‘E’ stand for experience.bit.ly/2pDtVjc ... See MoreSee Less

There were lots of good sessions when I was at ASHA this year and just as many helpful ones when I was attending and presenting at ISHA. As usual, many were discussing research or new studies. Session...
View on Facebook
· Share

My Concept of the Week BUNDLE has both hands-on pieces and a BOOM Card Version now!⁣⁣⁣-⁣⁣⁣⁣ You can get it now during the TpT sale using the code CYBER21⁣⁣⁣⁣⁣-⁣⁣⁣⁣⁣⁣⁣https://www.teacherspayteachers.com/Product/Concept-of-the-Week-Set-One-3508424⁣⁣⁣-⁣⁣⁣⁣⁣#thespeechbubbleslp #schoolslp #slpeeps ... See MoreSee Less