The third activity packet in my Circus Series is up and ready to take your kids to the Big Top. 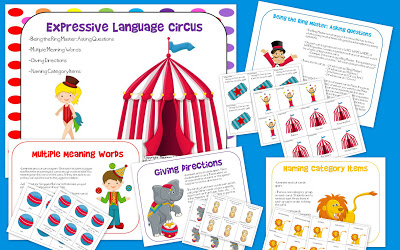 I am really excited with the areas this packet covers. I had read some research that talked about some exercises that helped students expressive language disorders. It discussed how by targeting these higher level language areas it assisted in remediation of the areas of deficit. The two areas I found the most interesting were asking questions and giving directions. I thought these are surly things my students with expressive language delays/disorder can do.  Before our holiday break I was probing this a bit and was quite surprised at how my students struggled. So I included these activities in this new packet.

The first activity focuses on asking questions. Students practice asking WHO, WHAT, WHEN, and WHERE. Think of this kind of like Jeopardy but simplified. The student picks a card and then generates a question so that the word on the card would be the answer.  So if the student draws a card that says ‘kitchen’, they would need to create a question such as ” Where can you get food in your house?”  OK, I thought this would have been super hard for my kids, but after a few they got the hang of it. There are also ticket cards for students to collect to win the game. 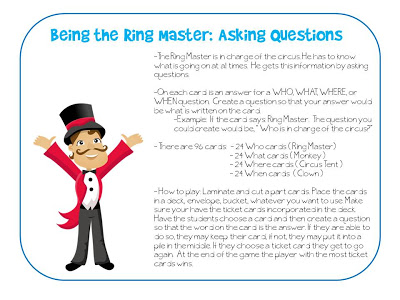 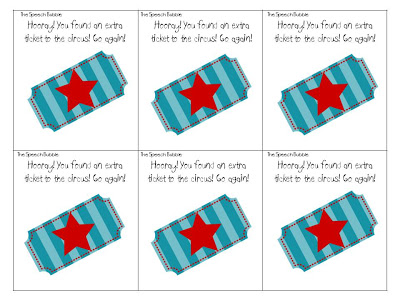 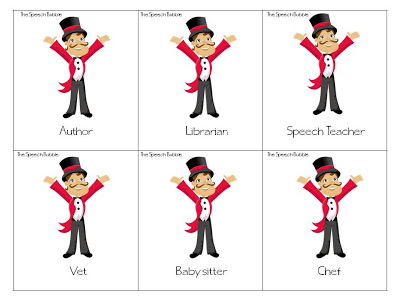 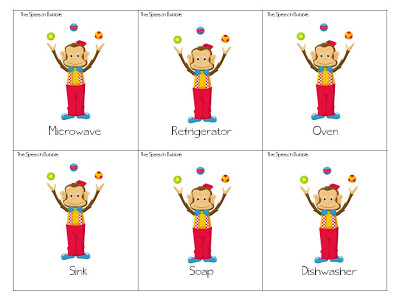 The next activity works on multiple meaning words. Lets build that vocabulary! Each student gets a mat with a juggler on it. They choose a card and need to give at least two meanings for the word on the card. If they are able to, they may keep the card and put in on their mat to add the ball to the juggler’s trick. If they are incorrect they can put it into the middle. Watch out for dropped ball cards though! 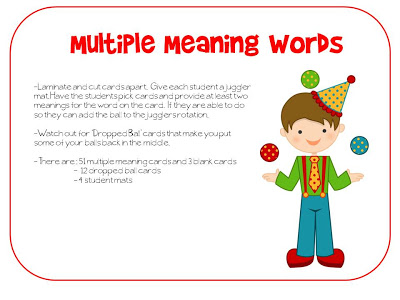 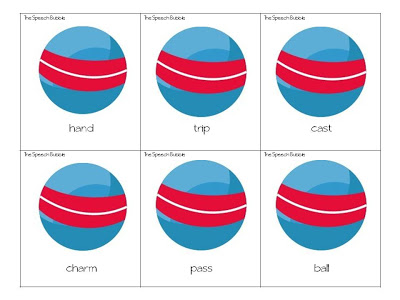 Next up is Giving Directions.  Students choose a card that either has a basic concept word or body part.  Students need create a direction containing that targeted word and give that direction to another student or maybe even you!  There are peanut cards for them to collect and the student who has the most peanuts wins. 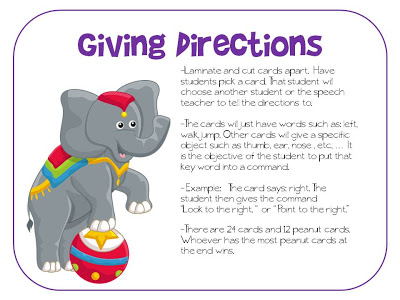 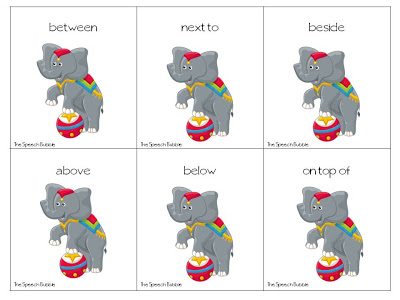 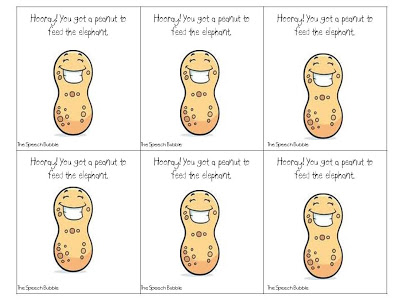 Last but not least, Naming Items in a Category! Students draw a card that has a category on it, they must provide at least three items that fit in each category. 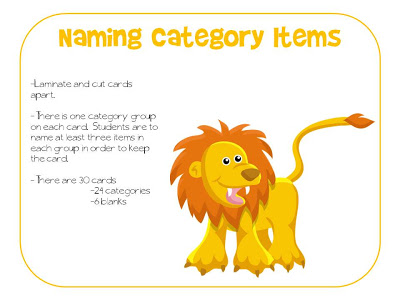 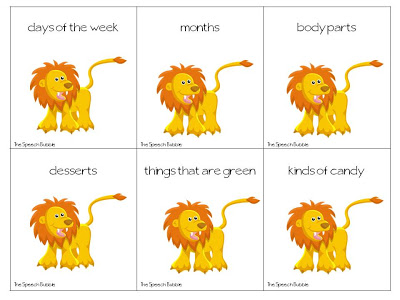 Phew! OK, that was a lot but I was to excited about this activity to only post a few pictures. Its up on my Teachers pay Teachers store now and I will be participating in a HUGE SLP SALE from January 2-3. Make sure you check out The Speech Bubble and your other favorite speech therapy stores to take advantage of this awesome sale!

If you could add one thing to your work day to make it more fun, what would it be? ... See MoreSee Less
View on Facebook
· Share

I found this great article on how to tackle behavior challenges like a boss by Busy Bee Speech ! Check it out!bit.ly/3pFd6G6 ... See MoreSee Less

Do your kids try and use their 'X-Ray' vision when playing card games? Make a No Peeking Box in 5 minutes and solve your peeking problems!bit.ly/2lx0Vej ... See MoreSee Less

No Peeking! - The Speech Bubble

I don’t know about you, but when playing games with my groups using the amazing materials that I print off of TpT, I catch some of them trying to peek through the cards to see what is next. Normally...
View on Facebook
· Share

We are so busy with trying to meet our students goals that a lot of times we don't have the time to even think of what to do next.-Level Up With Literacy Based Therapy will give you the foundational skills and framework needed to start planning and putting together Literacy Based Therapy sessions that are functional,effective, and won’t take time away from other things to plan!⁣⁣-Join the waitlist now and get your FREEBIE!-⁣⁣ bit.ly/levelupspeech⁣#speechpathologist #speechies #slp #speechtherapy #slpeeps #slplife #speechpathology ... See MoreSee Less