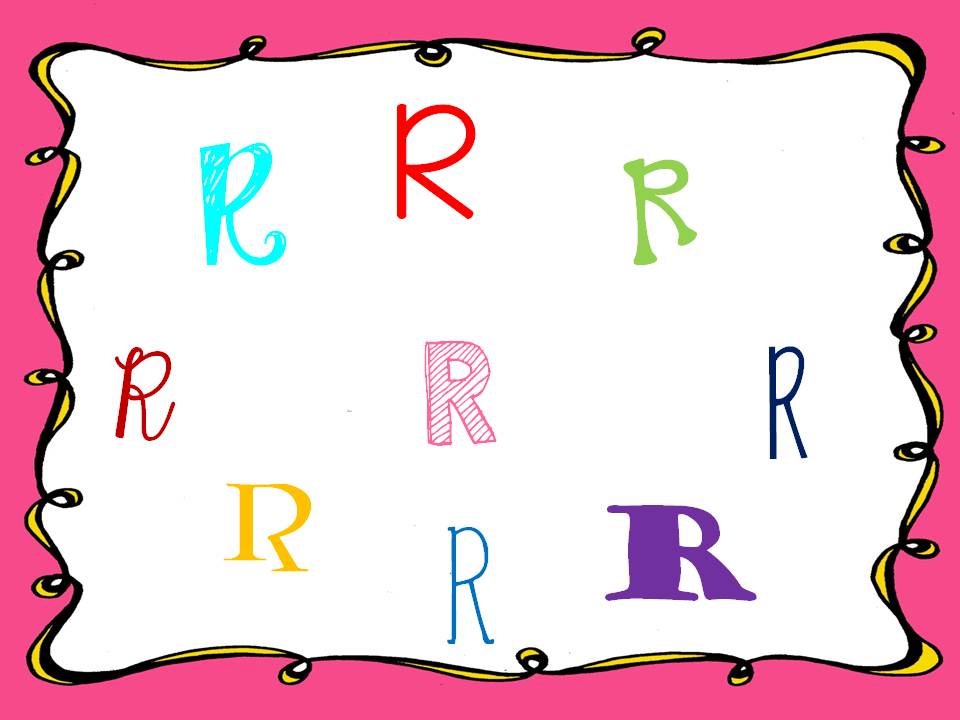 I am very fortunate to work in a multicultural school, for someone whose job is language there is no better place. Over the years I have observed an articulation variation that I have dubbed the Bilingual ‘R’.   The Bilingual ‘R’ is when a student speaks two languages and is able to accurately produce /r/ in only one language. My building houses a dual language program in which students are educated in English and Spanish, from Kindergarten, with the goal being that they will be fluent in reading, writing, and speaking in both languages.  I have found several students over the years who can produce a beautiful Spanish /r/ and then struggle to make an English version.  I have seen this in students who are native English and native Spanish speakers.  So what’s an SLP to do? They clearly can produce a great /r/, so why doesn’t it stick?

In Spanish, /r/ can be produced in different ways. It can be trilled ( think about how you quickly move your tongue if you want to imitate a purring cat ) or tapped.  A tap /r/ is simply that, the tongue is quickly tapped in position to produce the sound. We know in English the position and movement for /r/ production is a bit different.  When I have native English speaking students brought up for their English /r/ because it is starting to impact them, I automatically listen to their Spanish /r/ as well. If they can trill their Spanish /r/ it is a great place to start.

I typically will have them start by trilling their /r/, not for a word, but just the phoneme.  Then I will have them stop but give them the instruction to keep their tongue in position as if they were about to start trilling again. Finally, I ask them to round their lips and repeat an English,  initial /r/ word such as ‘rat’. Usually the first try is not perfect, but it is more accurate then before.  I continue to shape the /r/ from there.

What if they are native Spanish and cannot produce an /r/? Here we need to keep cultural production in mind. Shaping a Spanish /r/ with the goal to produce a tap /r/ is usually a good place to start.  A tap /r/ can be shaped pretty nicely from /d/. Have the student start by producing an initial /d/ word in Spanish such as dia ( day, FYI there should be an accent mark for on the /i/ but I couldn’t get my computer to do it ). Have them say the word a few times, then just the /d/.  Have them keep repeating /d/ and slowly move their lips to a rounded position. They should hear the sound change. Finally, have them hold their tongue as if they were to say /d/ but have them move it a bit farther back towards the alveolar ridge and say a medial /r/ word such as ‘mariposa’ ( butterfly ). I know that typically we would want start with an initial /r/ word, but the majority of initial Spanish /r/ words are trilled.

We know that not every strategy will work for every child, these just happen to be the ones I have had success with.

You just set up your job interview...now what? I'm sharing my advice and secrets that I learned from being on both sides of the table. ... See MoreSee Less

So You Have A Job Interview...Now What? - The Speech Bubble

Congratulations! You’ve graduated, or are about to, and you have scheduled a job interview. I remember being excited and nervous when I scheduled my first interview. It was my first real, big gir...
View on Facebook
· Share

Sensory difficulties can make the school day a challenging for our kids. Here are some ways you can make your speech room a sensory safe haven to help your students make the most out of their minutes with you. ... See MoreSee Less

More and more children are being identified with Sensory Processing Disorders (SPD). Years ago children with sensory issues were dismissed as being difficult and defiant. Thankfully, we are now more i...
View on Facebook
· Share

We know verbs are essential in communication but so often we inadvertently end up focusing on nouns.⁣⁣-⁣⁣Lowman et al 2018, stated that lack of knowledge of instructional verbs like: identify, sort, select, etc could have a negative impact on their engagement and learning process 😯⁣⁣-⁣⁣Snape and Krott, 2018 found that⁣⁣🔹kids could learn new verbs from simultaneous examples as long as...⁣⁣🔹the examples were different.⁣⁣-⁣⁣So when you are working on those action words be sure to use lots of different examples for the same verbs 🏃‍♀️⁣⁣-⁣⁣The Hanen Centre has a longer list of early learned verbs if you're interested. The article from Snape and Krott, 2018 is linked my profile 👍⁣⁣-⁣⁣bit.ly/VERBSARTICLE⁣⁣-#thespeechbubbleslp #schoolslp #slife #speechtherapyideas ... See MoreSee Less

Three materials are all you need to write some secret messages in speech. Use it to target vocabulary or articulation. ... See MoreSee Less

Sometimes we need something different to spice our speech sessions. So, when I saw this on Pinterest I had to try it in my speech room! All you need is a white crayon, white paper, watercolors, and br...
View on Facebook
· Share