We know our students tend to struggle with more than just the areas our assessments have indicated.  Many of them tend to receive more than just speech because they are challenged by the overall learning environment of their classrooms, and for many students this leads them to feel defeated, unintelligent, angry, etc.  We know our students have more potential and possibilities than they realize, so it is important to use the right type of language with them to help to start to undo all those negative thoughts and feeling.  I am talking about using language from a ‘Growth Mindset’ standpoint. 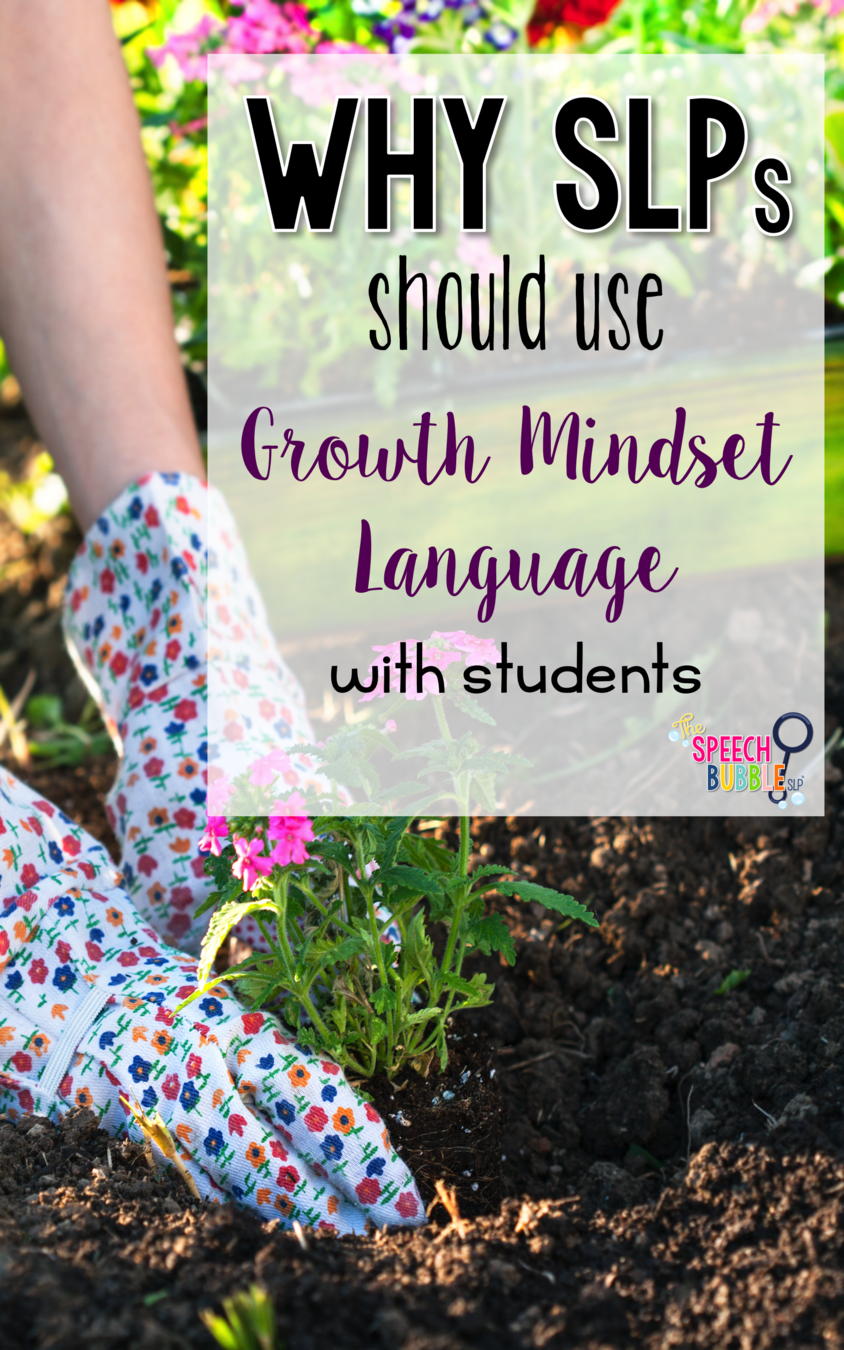 In an article from Education Week by Carol Dweck, she discusses the differences between a ‘growth mindset’ and a ‘fixed mindset’

“…We found that if we changed students’ mindsets, we could boost their achievement. More precisely, students who believed their intelligence could be developed (a growth mindset) outperformed those who believed their intelligence was fixed (a fixed mindset). And when students learned through a structured program that they could “grow their brains” and increase their intellectual abilities, they did better. Finally, we found that having children focus on the process that leads to learning (like hard work or trying new strategies) could foster a growth mindset and its benefits.”

She goes on to say how growth mindset isn’t just about effort, it is about effort and learning!  Many times our students try and put forth effort to understand and we praise them for their effort, but this can actually back fire, sending the message that trying is enough and we don’t need to learn from what we are doing to move forward.  I reflected on myself with this…yup, totally guilty!  I would praise my students for trying and then show them how the task needed to be completed instead of having them guide me through what they did understand and then discussing what we could do next.

Now, I’m not saying never model things for your students, I’m saying after you have done that and they have tried the task and failed, try using some growth mindset speak instead.  So instead of ‘ I like how you tried, now let’s try it this way..’  try this  ‘ Tell how you were thinking about it and what can do different/next..’   See the difference?  This also makes sessions more student driven which is also more engaging!

Growth mindset doesn’t mean we should never tell our students what smart cookies they are, because lets face it, they do need to hear it.  It is just saying pull back on that and shift your focus a bit. Here are some ‘Growth Mindset’ phrases you can use with your students.

Instead of:  I know it’s hard, but keep trying and you’ll get it!

Say: That ‘hard’ feeling is your brain growing and learning!

Instead of: Good job! You tried your best.

Say: You don’t have to get it all right away. Our brains need to learn the steps. What can we do next?

Instead of: Nice work!

Say: Wow, I love how you thought about that!

Instead of: That’s not it, but good try.

Say: You’re close.  I really liked your thinking there, but can we think about it a different way?

Do you use ‘growth mindset’ with your students?  What are your favorite types of phrases to use?

« How to Bounce Back from Burn Out
How to Introduce Summarizing »